Arianna Martinez is an Associate Professor of Urban Studies at LaGuardia Community College. She received her PhD from Rutgers University in urban planning and geography. She has analyzed the criminalization of Latino immigrant communities in municipalities where both space and citizenship are hotly contested. Martinez’s current scholarship focuses on the local outcomes of national immigration policy, the urban transformation and empowerment of Latino communities, and LGBTQ immigrant enclaves. She is happy to call Queens her home.

Brian Rosa is Assistant Professor of Urban Studies and co-Director of the City Lab at Queens College. He is also a doctoral faculty member in Earth and Environmental Sciences (Geography) and a Junior Faculty Fellow with the Gittell Urban Studies Collective at The Graduate Center, CUNY. As an interdisciplinary urban researcher, he draws on his training as a city planner (MRP Cornell, 2009) and human geographer (PhD Manchester, 2014). Through an examination of the changing built environments of cities, Rosa explores the interwoven social, cultural, political, and economic contexts of urban (re)development, particularly in the context of post-industrial urban spaces and sites of contested urban heritage.

Norma E Fuentes-Mayorga is currently a visiting fellow at the Center for Migration and Development at Princeton University. Before this she was an assistant professor at Fordham University’s Department of Sociology and Anthropology and also a visiting Post-Doctoral Research Fellow at the University of Amsterdam. Her Postdoctoral research examines the educational mobility of Latina and North-African immigrant girls in Amsterdam and New York City. Her current research examines how recent cohorts of Dominican and Mexican immigrant women find work in New York’s informal, service sectors and how gender, race and immigrant status affect the sorting and work functions of workers. She has authored a number of articles and chapters on the immigrant and work integration as well as racialization of Dominican and Mexican workers in New York City and is currently completing her first book tentatively titled, “When Women Come First: immigration, gender, race and boundary crossing.” 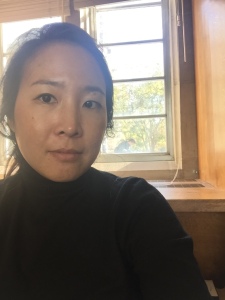 Min Hee Go is an Assistant Professor of Political Science at Brooklyn College of the City University of New York. She earned her Ph.D. at the University of Chicago in 2012. Broadly speaking, her research focuses on the role of civic actors in shaping the future of cities. She recently completed her first book manuscript, Vulnerable Resilience: The Civic Challenges in Rebuilding New Orleans, which investigates how civic engagement shaped the contour of post-Katrina rebuilding process in New Orleans. Her next project, funded by the Gittell Collective, examines the divergent paths of climate adaptation in four coastal cities around the world: Rotterdam, New York, Hong Kong and Miami. Besides book projects, her work has been published in journals including Urban Affairs Review and The American Review of Public Administration.

James M. Mandiberg is Associate Professor and Chair of the Organizational Management & Leadership Master of Social Work program at the Silberman School of Social Work at Hunter College and a faculty member of the CUNY Doctoral Program in Social Welfare. His research focuses on the community and economic development of stigmatized and excluded populations in urban environments, especially creating the economic infrastructure that promotes interdependent mutual support at the collective level that results in reduced dependency on paid professional support. His work principally uses abductive and community-based participatory research methods, and focuses on creating replicable and scalable models that question common assumptions about what low power, influence, and resourced populations can or cannot accomplish. During the Gittell Fellowship he is principally working on a book on his community development approach to social enterprise, and secondarily on an edited book on the issue “can social enterprise affect structural inequality?” 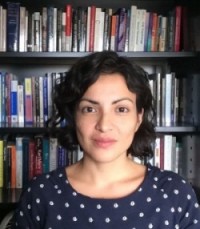 Jennifer Morton. I’m an assistant professor of philosophy at the City College of New York and a senior fellow at the Center for Ethics and Education at the University of Wisconsin-Madison. During the 2015/2016 academic year, I was a Laurance S. Rockefeller Faculty Fellow at the Princeton Center for Human Values. My areas of research are philosophy of action, moral philosophy, philosophy of education, and political philosophy. I received my Ph.D. from Stanford University and my A.B. from Princeton University. I was born and grew up in Lima, Peru where I attended Colegio Franklin D. Roosevelt.

Currently, I’m working on a book on the ethical challenges faced by students from low-income and/or minority backgrounds on their path to upward mobility. I am no longer collecting stories for the book, but please do check back for updates on the project.